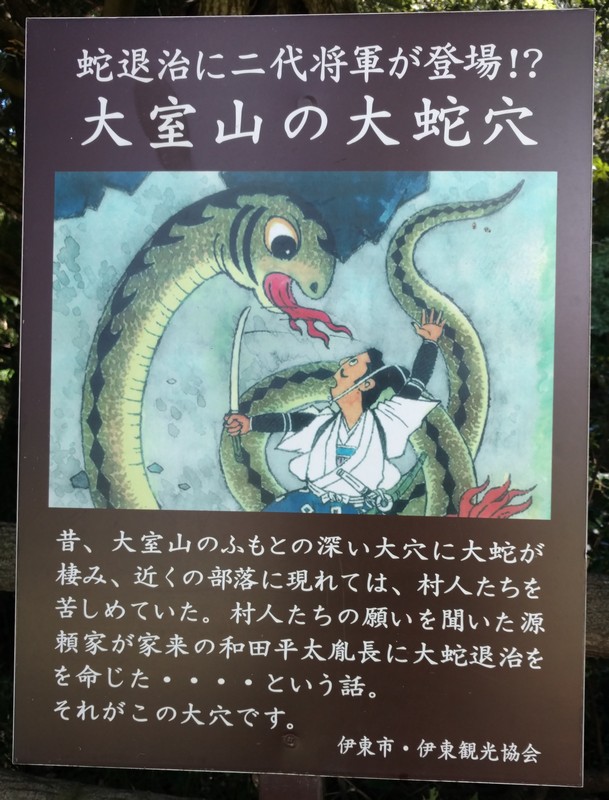 Yorie Minamoto, Japan’s second shogun, often visited Izu. After a bountiful day of hunting, he was in a good mood. Seeing this, the villagers implored him to kill the daija. Yorie Minamoto sent Heita Wada, his best guard to slay the beast.

Wada cut off the head and took it to his lord, who expressed his great satisfaction and appreciation.

Yorie Minamoto ruled as Shogun from only 1202-03. He was assassinated at his villa in Shuzenji, in western Izu. 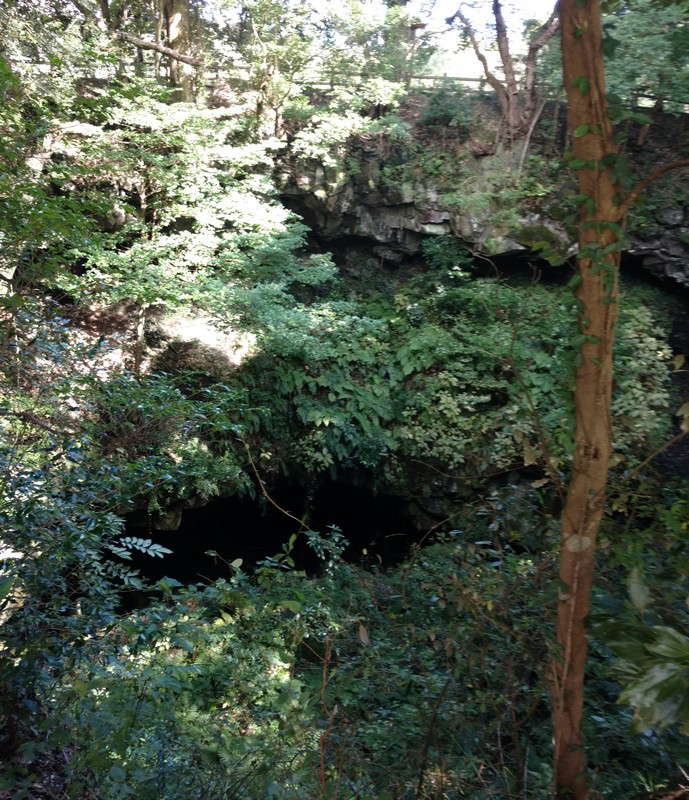 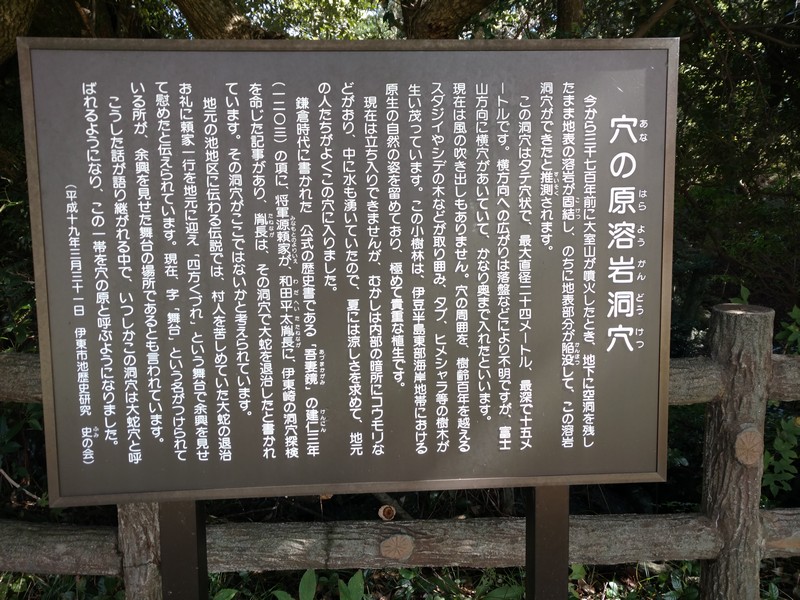 Today, a sign standing near the site of the cave reads:

When Mt. Ōmuro erupted 3,700 years ago, the lava on the surface of the earth solidified, leaving an underground cavity, and later the surface part of the earth caved in to form this lava cave.

The cave is vertical, with a maximum diameter of 24 meters and a maximum depth of 15 meters. It is unclear how far the cave extends horizontally due to the rock fall, but it is said that there is a side hole in the direction of Mt. Ōmuro. There is no wind blowing out now. The hole is surrounded by sudajii (Japanese Cedar) and shidera (Japanese Cedar) trees that are over a hundred years old, as well as tabu and himeshara trees. This small forest retains the original natural form of the Izu Peninsula’s eastern coastline and is an extremely valuable vegetation.

Although it is currently inaccessible, in the past, bats and other insects were found in the dark places inside the cave, and there was a spring of water inside.

In the official history book “Azuma Kagami” written in the Kamakura period (1185-1333), there is an entry in which the shogun Minamoto no Yoriye ordered Wada Heita Inaga to explore the cave at Itozaki, and Inaga is thought to have found the cave here.